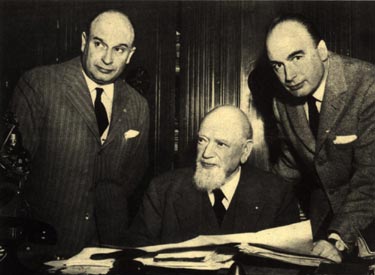 Fabbrica d’Armi Pietro Beretta S.p.A. is an Italian company born of the dream and capability of a renaissance craftsman. Thanks to the courage, vision and skills of its lineage, its name has earned international status for its high-tech content, performance and for the Italian style that distinguishes its products.

Passed down through 15 generations of the Beretta family, the company was already active in Gardone Valtrompia in the 1400s and its work has been documented since 1526.

First came the legendary Bartolomeo (from before 1498 to 1565-8). Then Pietro (1791-1853), who was the first to bring the Beretta name into the family, started the works to expand the business. His son Giuseppe (1840-1903) opened new international horizons and in turn the latter’s son Pietro (1870-1957) transformed the artisan business into a manufacturing concern by introducing modern production techniques. Under the guidance of Pietro’s sons Giuseppe (1906-1993) and Carlo (1908-1984), the firm became a multinational and achieved brilliant success in the military and sporting sectors. Beretta has always produced weapons.

In  the last  decades, with Ugo Gussalli Beretta at the guidance of the company, the firm has opened a headquarter  in the United States, the main gun market, awarded  the largest military contract in modern history by letting  the 92FS pistol to become the official sidearm  of  the US Armed Forces and starting  a product diversification that brought the company to act on the market as the  main player together with  a clothing line, accessories and leisure.

Almost 500 years of business have enriched Beretta with enormous experience and knowledge which allowed it to develop specific and superior technology in the field of precision mechanics. Throughout time, the company eventually became larger and larger. The covered surface area of the factory rose from 10,000 m2 at the beginning of the 1900s to its current size of over 110,000 m2.

The production departments feature fully automated work centres and highly qualified craftsmen, a prerequisite for achieving the degree of precision and high quality contemplated by its design projects. The design department has advanced systems for calculating pressure by using the finite elements method. The laboratories are equipped for research in impulsive-dynamics applied to the weapon-ammunition system, for metallographic analyses and fatigue tests.

Production and Design work together with Marketing and Sales to develop new products and meet the customers’ requirements.

Marketing and Sales also use modern IT systems (Internet and Intranet) to provide the maximum backup for the peripheral organizations and promptly meet market demand.

Beretta’s output is approximately 1,500 weapons a day and covers just about the entire range of portable weapons: over-and-under and side-by-side rifles for hunting and competition in different calibers and finish grades, semiautomatic rifles and carabines, express double rifles, semiautomatic pistols (from.22 short to.45 automatic calibers), and assault rifles. An estimated 90% of Beretta’s production consists of sporting firearms, with more than 75% of its arms being exported to about one hundred countries.

In the early 1990s Beretta added to its traditional sporting guns production a complete line of hunting apparel and accessories, clay target shooting and outdoor sports items which rapidly earned it a reputation for high-tech content and understated elegance. The first Beretta Gallery was inaugurated in New York in 1995. Other galleries were opened in Dallas, Buenos Aires, Paris and Milan. In December 2005 a new Beretta Gallery in the centre of London was opened.

The Beretta Clothing & Accessories line is sold in leading gun shops in Europe and America, and also through the Shop in Shop chain, specialized outlets designed specifically to accommodate large exclusive Beretta showrooms.

Beretta has been supplying firearms to the Armed Forces and Police Corps of Italy and numerous other countries for many years.

The greatest success story regarding pistols is the fact that the American Armed Forces and State Police Forces started using the Beretta 92 series in 1985. Subsequently the French National Gendarmerie and Air Force also opted for a similar solution.

In 2002 an agreement was signed for the supply of 45,000 pistols (92FS) to the Spanish Guardia Civil. In the same year it also supplied about 40,000 pistols (92 series) to the National Turkish Police Force. In May a new contract was clinched for 18,744 pistols (92 series) to the US Air Force. In September 2007 another contract to supply the US Army and the US Air Force with10,576 pistols (series 92) was signed. In January, 2009 Beretta won the largest US military handgun contract since World War II to supply a total of 450,000 model 92FS pistols. In September 2012 – The US Army announced that Beretta USA has been awarded a contract for up to 100,000 92FS pistols.

Beretta’s success in the defense and law enforcement realms is matched by its success in competitive shooting sports. Beretta won its first Olympic Gold medal in clay pigeon shooting in Melbourne in 1956 ensued by frequent Beretta victories in major international competitions. It won medals at the Olympic Games of Rome (1960), Munich (1972), Montreal (1976), Moscow (1980), Los Angeles (1984), Seoul (1988), Barcelona (1992), Atlanta (1996), Sydney (2000), Athens (2004) and Beijing 2008 not to mention the numerous medals it has won at World Championships starting from 1978. At the London 2012 Olympic Games, Beretta confirmed its sports vocation by securing one gold, one silver and one bronze. Beretta competition shotguns have won more International Competitions than any other brand.

What We're Known For

Industriousness, inventiveness, traditional methods, attention to the needs of its customers and its craftsmen, as well as ongoing research, technological improvement and state-of-the-art manufacturing methods are the foundation on which Beretta has built its image. Since 1526 its competition and military firearms have brought the trademark of this historical gun manufacturer. 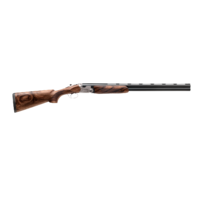 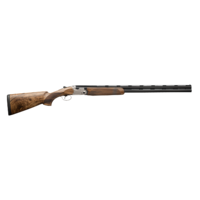 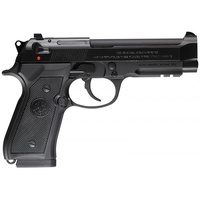